Mayfield Village, Ohio, December 11, 2014 -- The Board of Directors of Preformed Line Products (Nasdaq: PLPC) on December 10, 2014 declared a regular quarterly dividend in the amount of $.20 per share on the Company’s common shares, payable January 20, 2015, to shareholders of record at the close of business on January 2, 2015.

Founded in 1947, Preformed Line Products is an international designer and manufacturer of products and systems employed in the construction and maintenance of overhead and underground networks for energy, communications and broadband network companies. 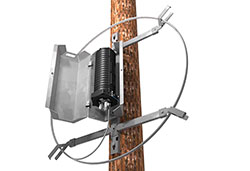